Extraordinary yacht care in the BVI.

TM Management handles routine maintenance and repair tasks themselves, saving clients time and money. Over the years Vern has developed a respected reputation within the BVI marine services industry, which means he is able to tap into the talent and expertise of a large network of mechanics, electricians, plumbers, riggers, sailmakers, craftsmen, etc. to work under his supervision to provide excellent service and value for the yachts under his care.

Whether you’re on or off island, we take care of your yacht’s basic repairs when needed, as well as regular maintenance for all systems on board.

We’ll handle your off-season general maintenance so your yacht is in top shape and ready to sail upon your return. We also have an excellent reputation for brightwork and other cosmetic upkeep like polishing stainless and fiberglass.

We will supervise your haul out and launch, of course. We will also handle bottom painting, brightwork, stainless and fiberglass polishing, etc. while your yacht is on the hard. If you have larger repairs, maintenance, or refit projects, we will manage them too. 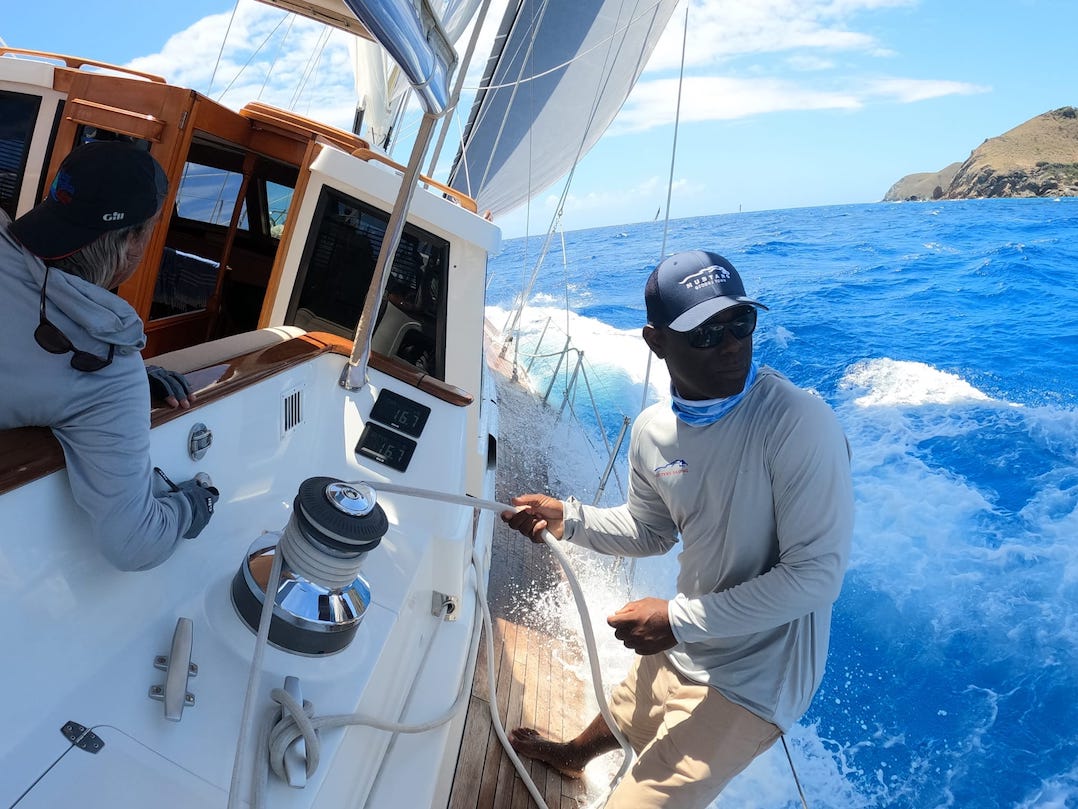 Crewing at the BVI Spring Regatta 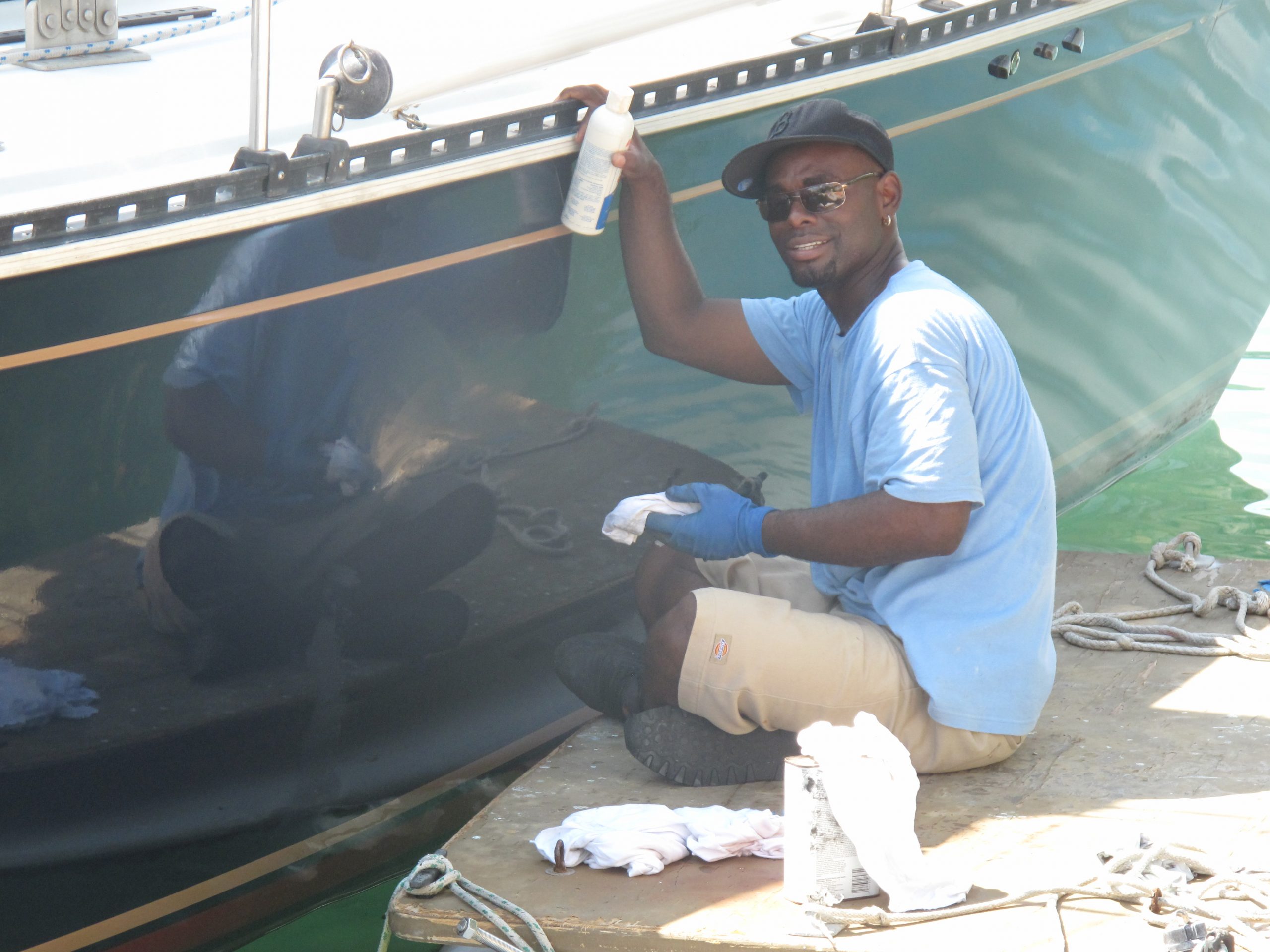 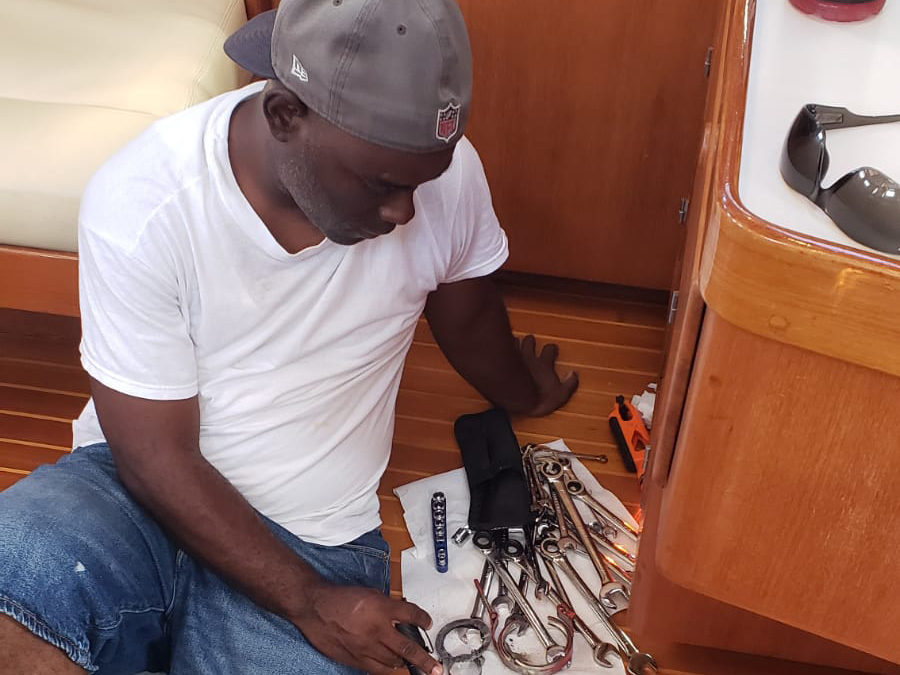 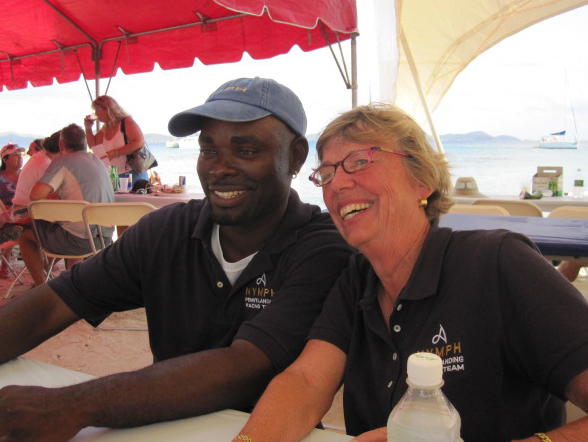 Crewing on Nymph for the BVI Spring Regatta. 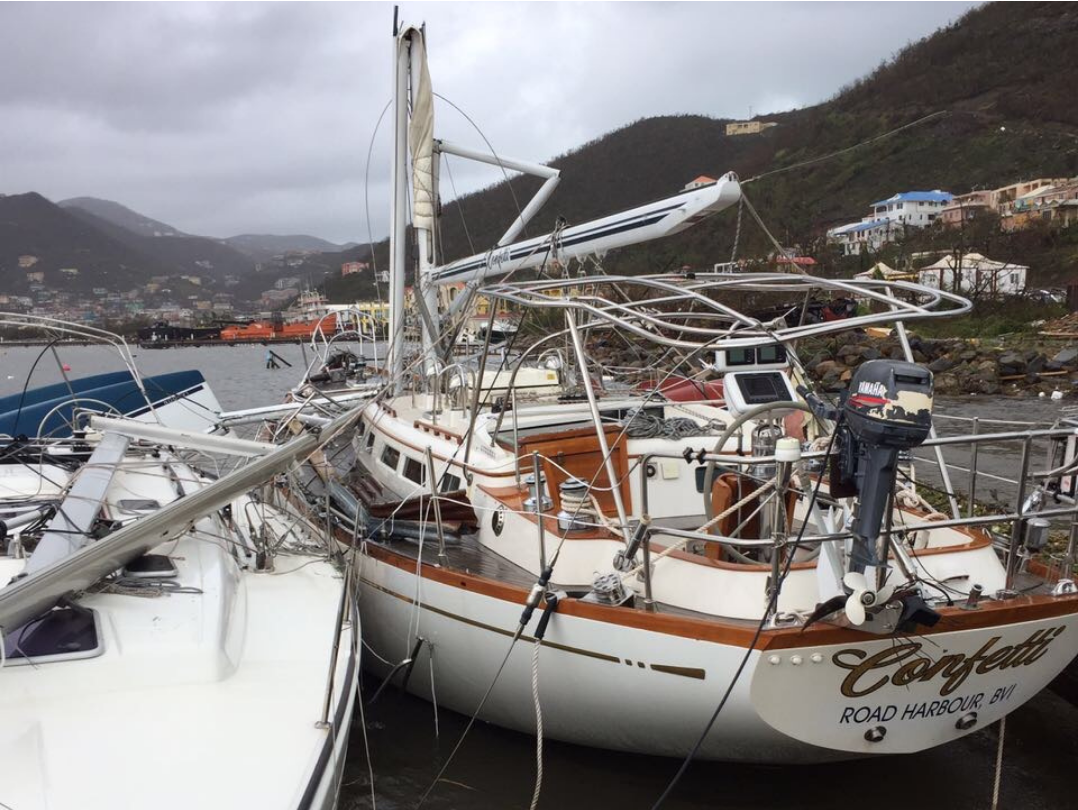 Cleaning up Confetti after hurricane Irma. (Confetti would have faired well during this storm, if not for the cat that landed on her bow.) 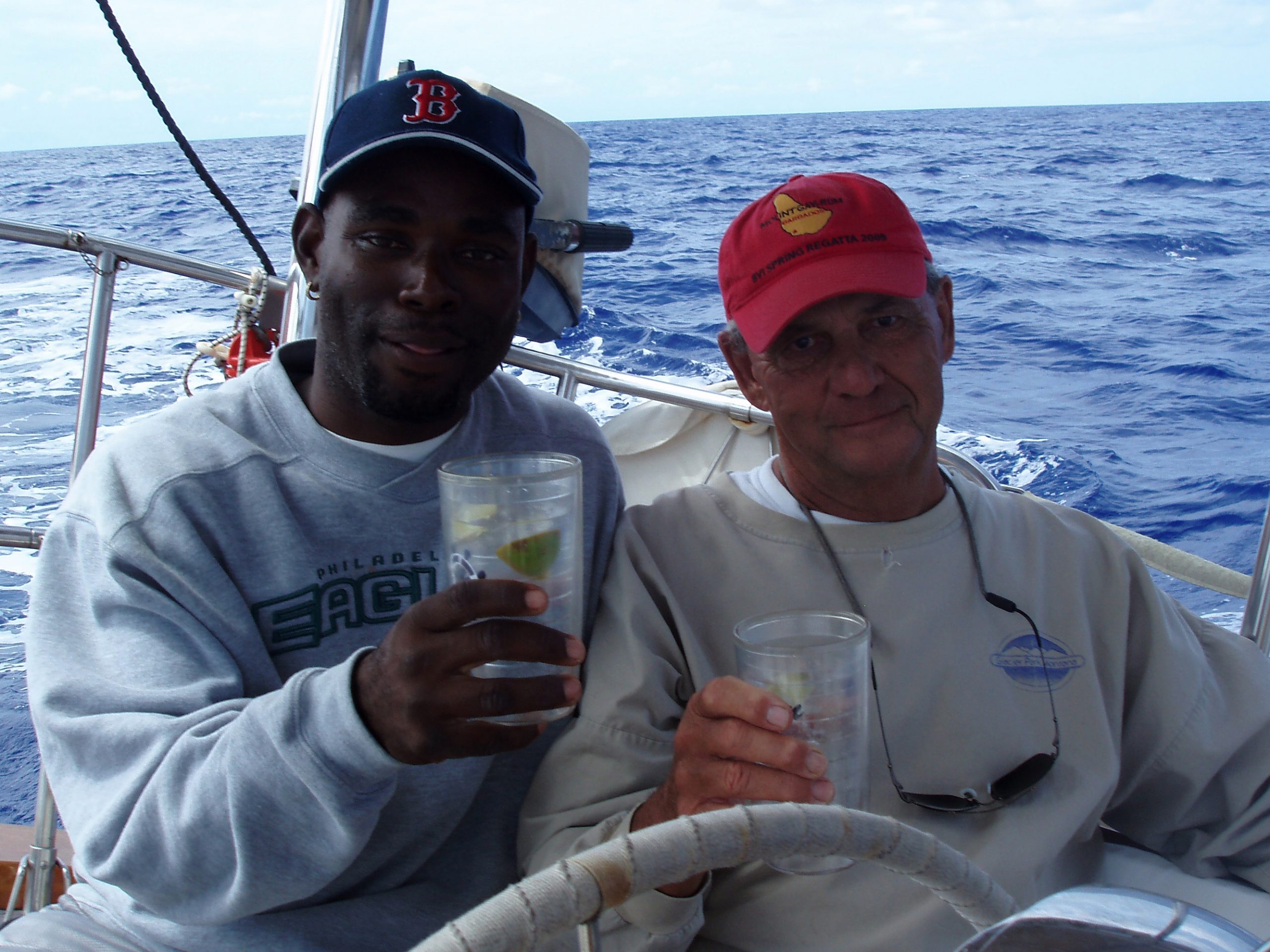 Vern and Ron with a sundowner on a trip back from Bermuda. 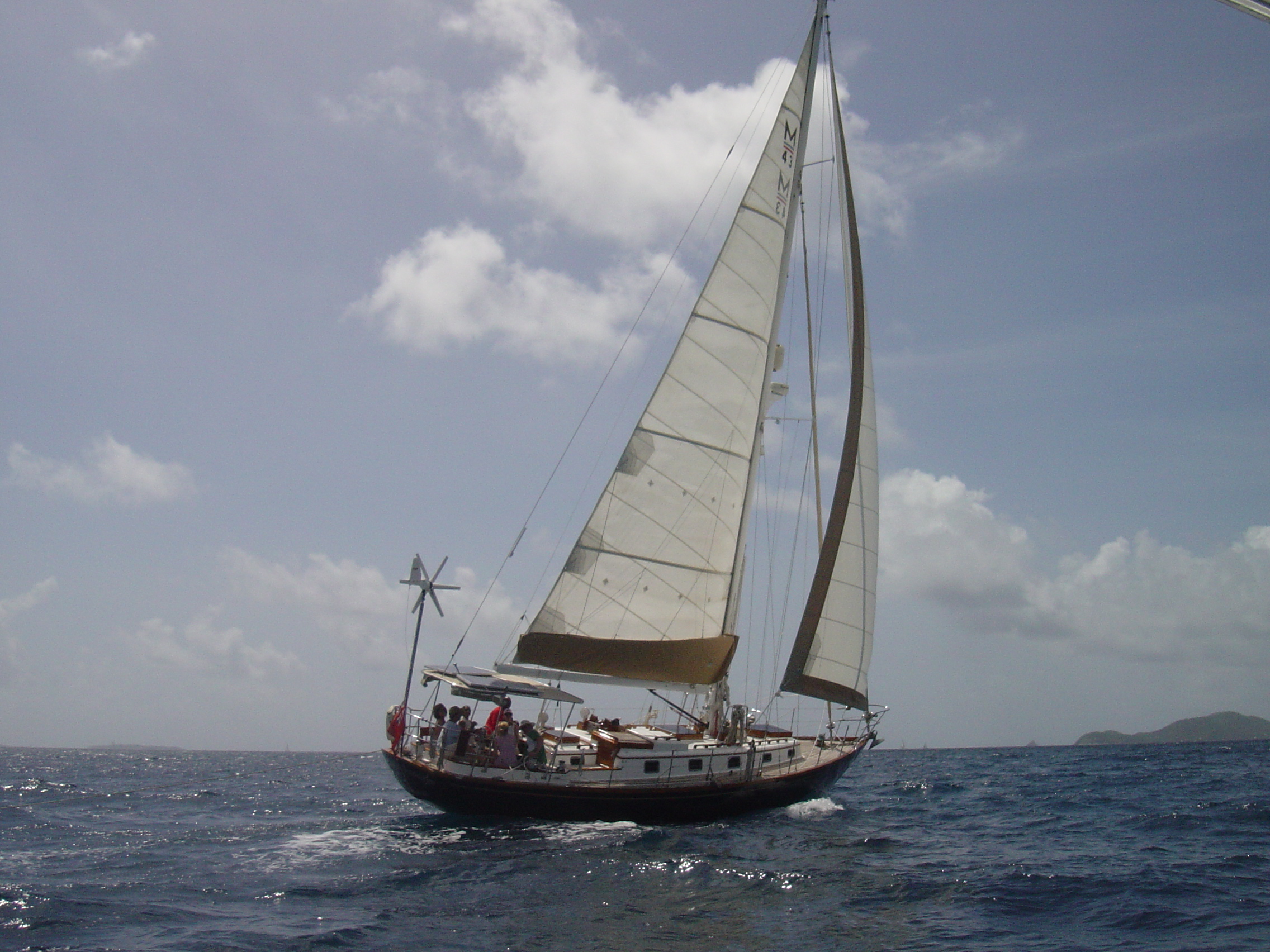 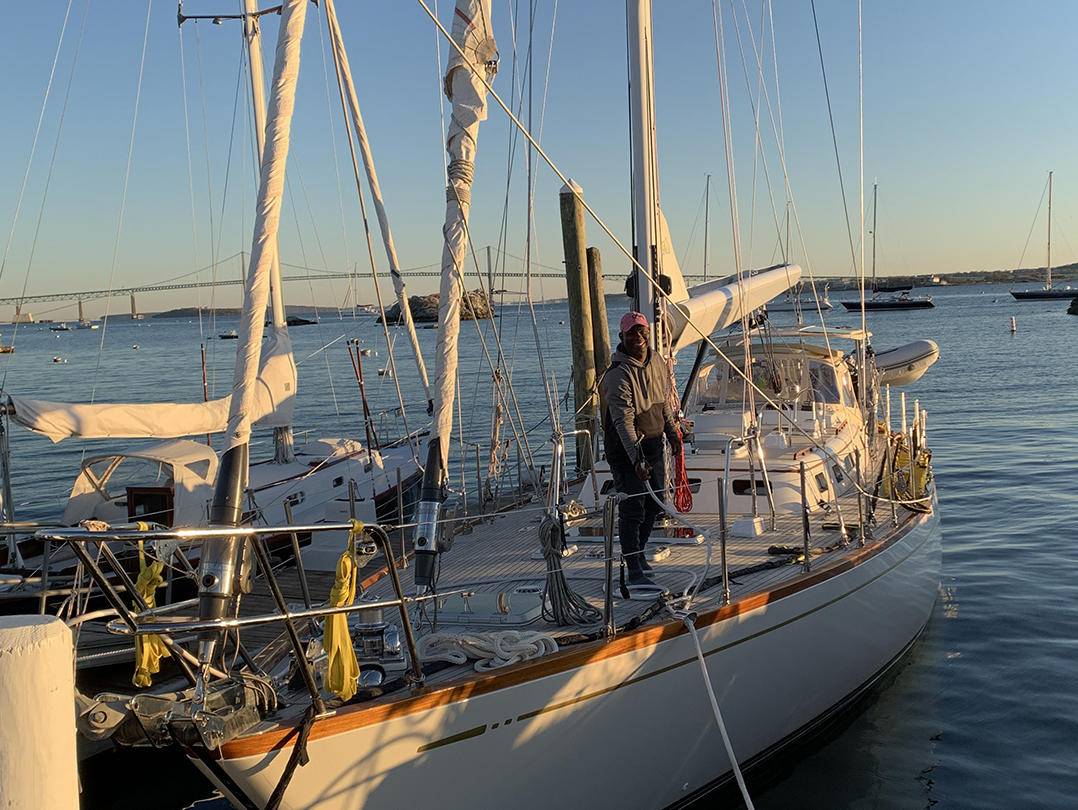 Casting off for Confetti delivery trip from Jamestown, RI, to Tortola, BVI. 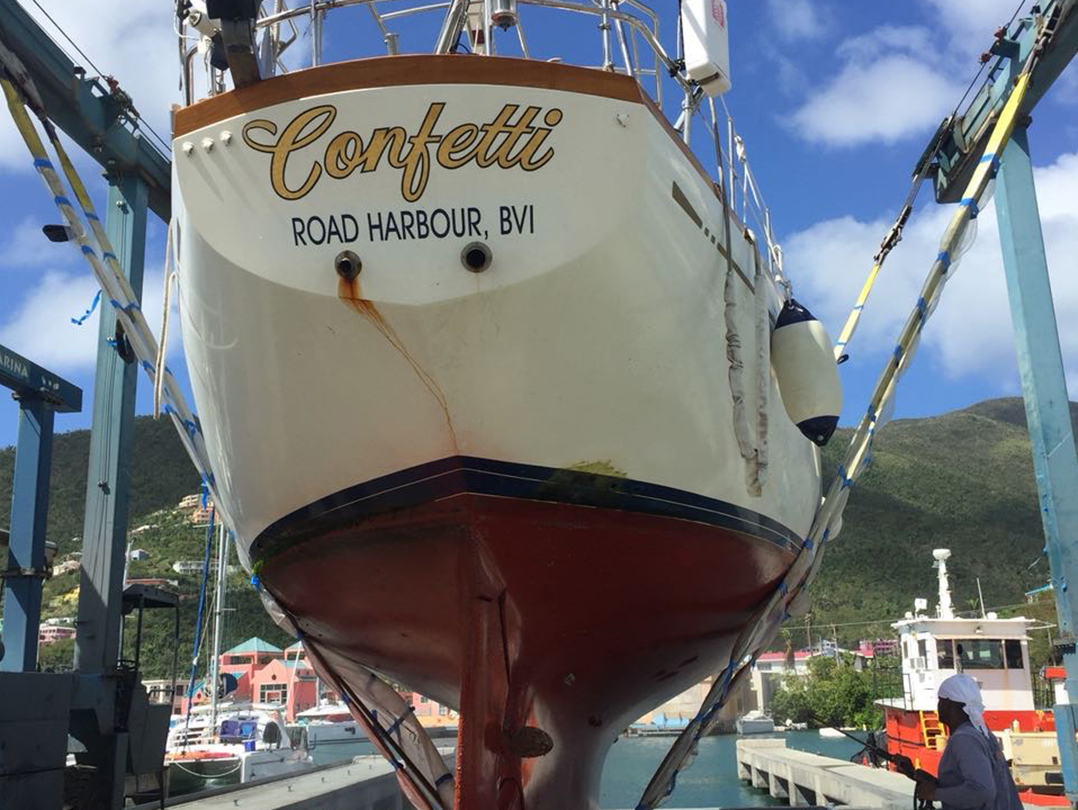 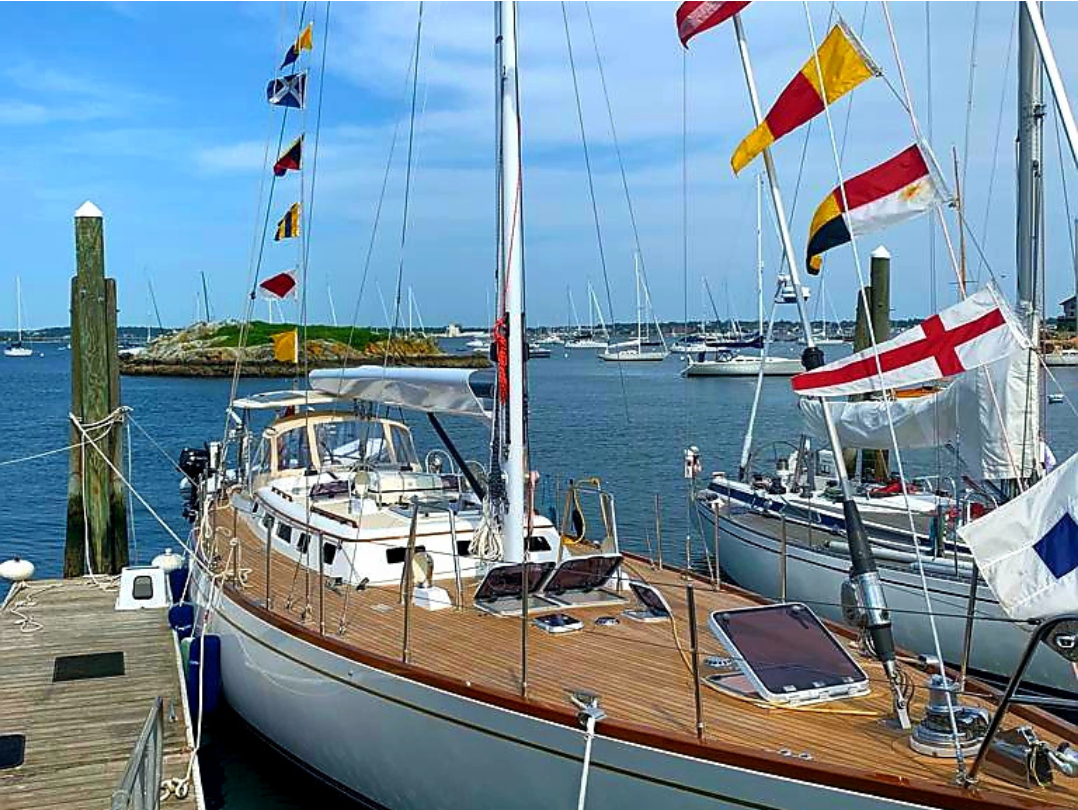 Refit after Irma, testing systems for delivery to BVI. 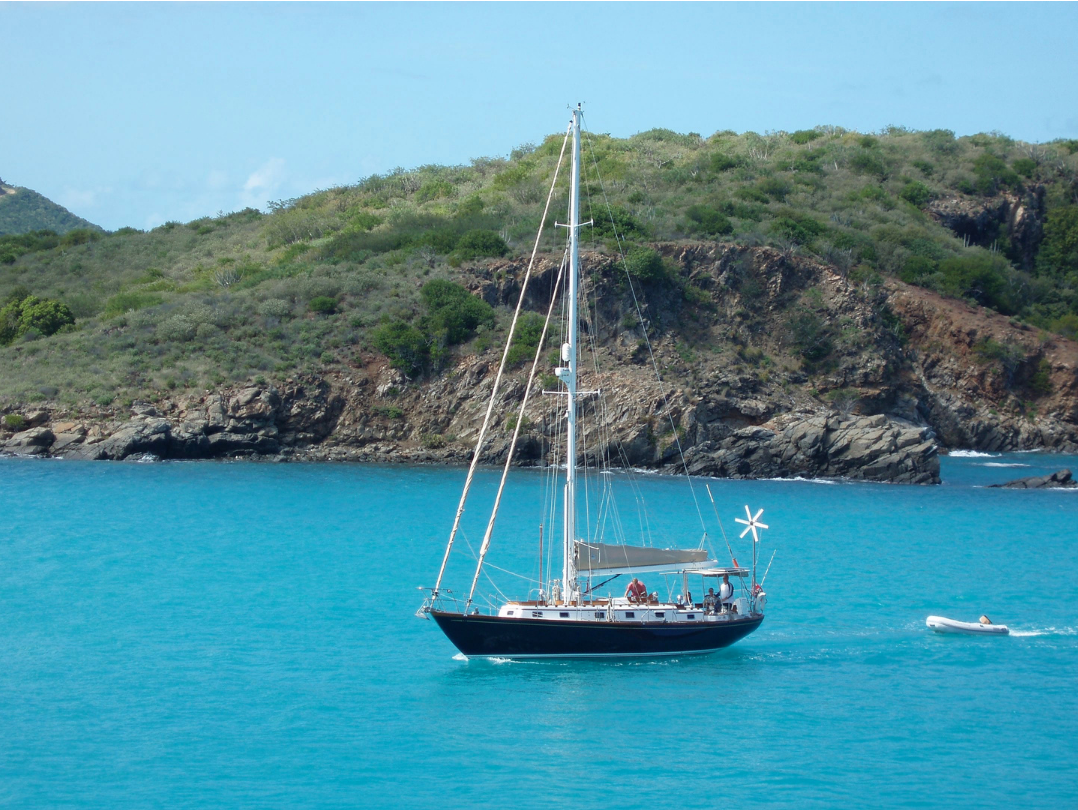 A calm day in the BVI motoring to Gorda Sound. 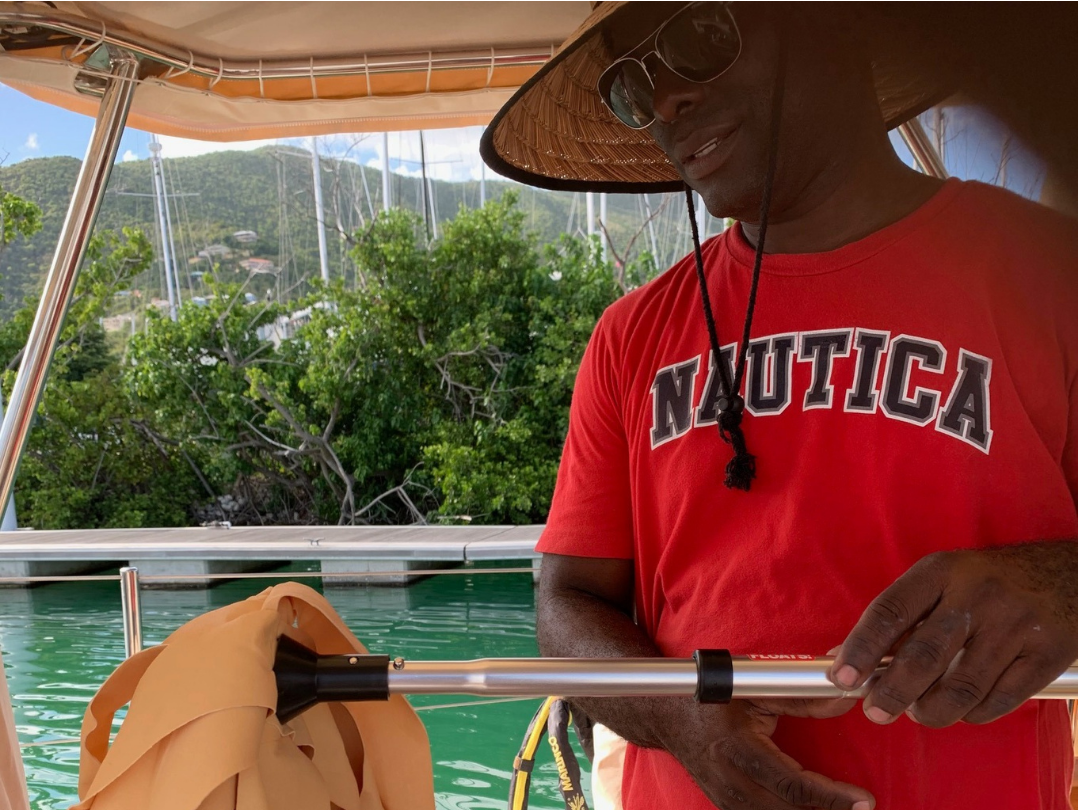 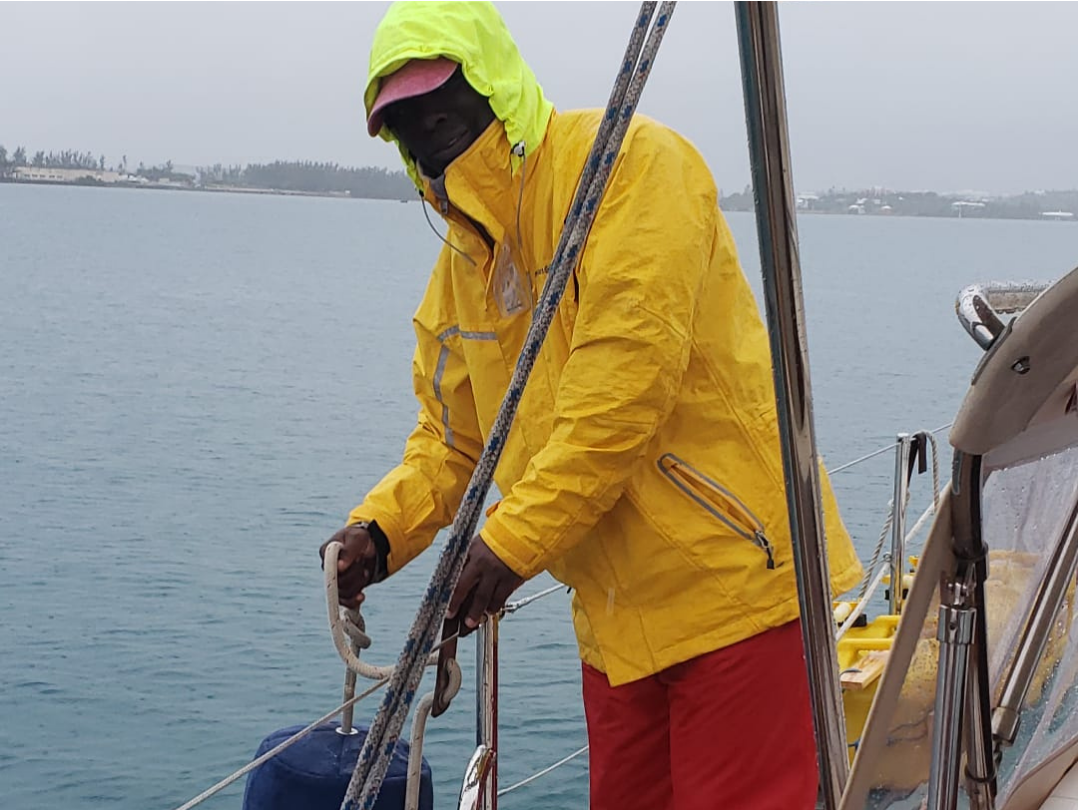 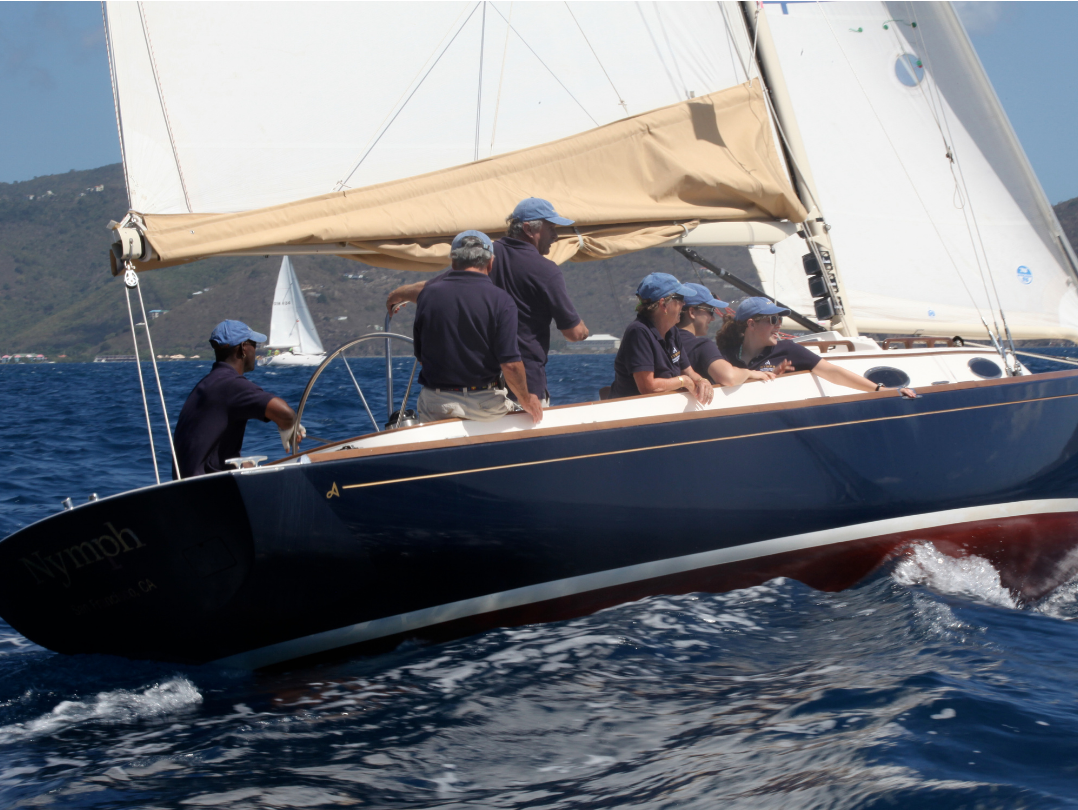 Racing in the BVI Spring Regatta

Jim and Denny Hoelter’s Nymph with Vern at the helm. 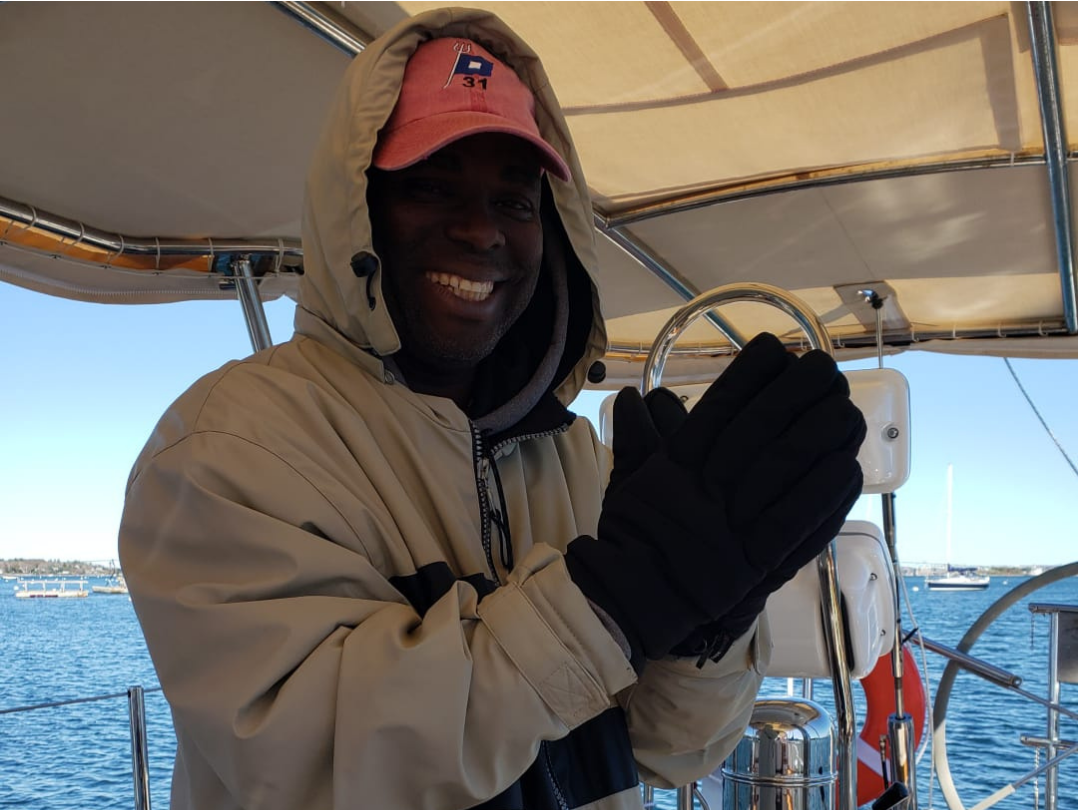 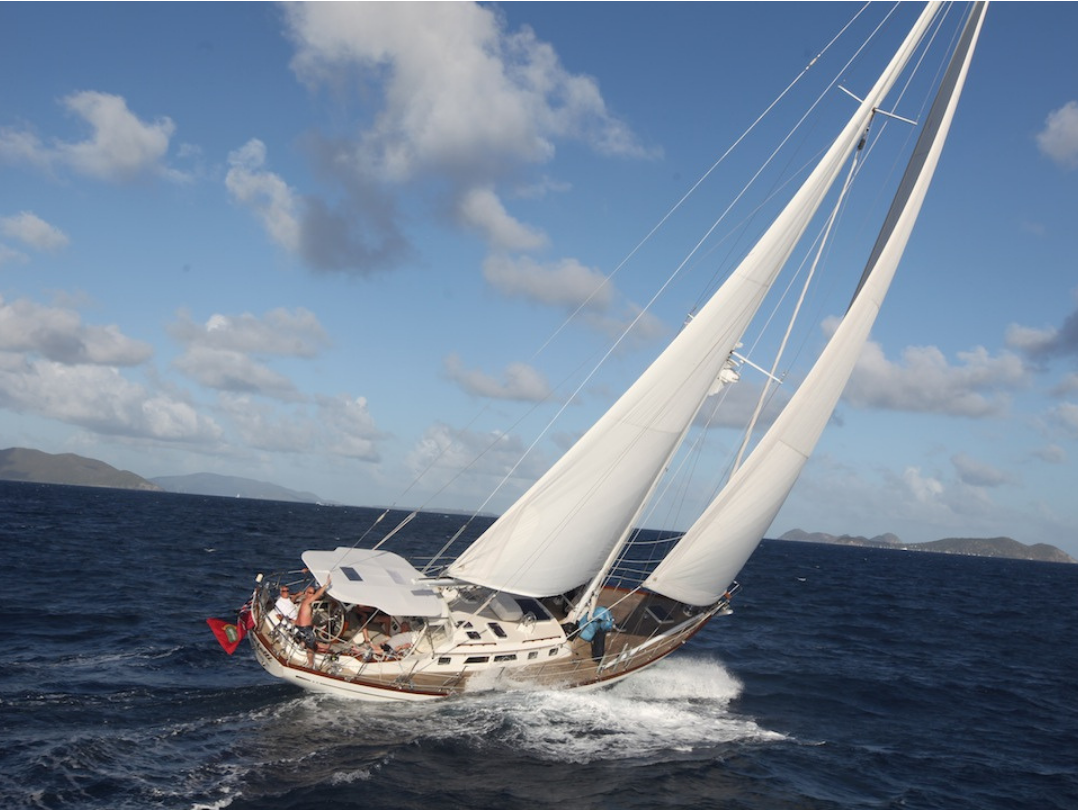 Pushing upwind after lunch on the Willy T. 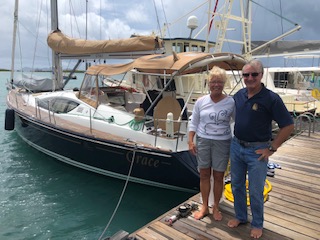 With their new boat Grace. 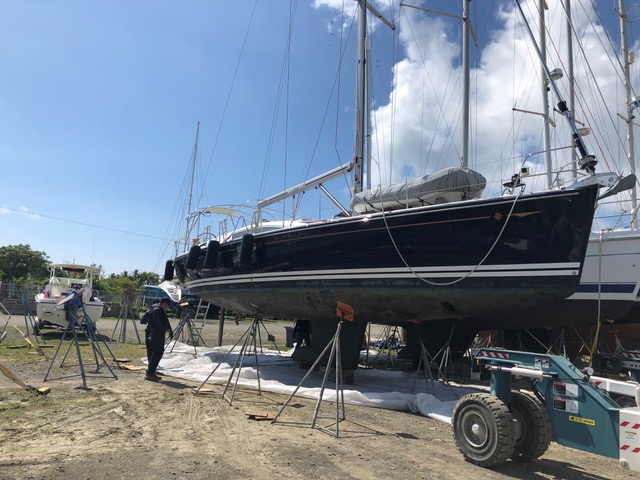 Being chocked in the boat yard. 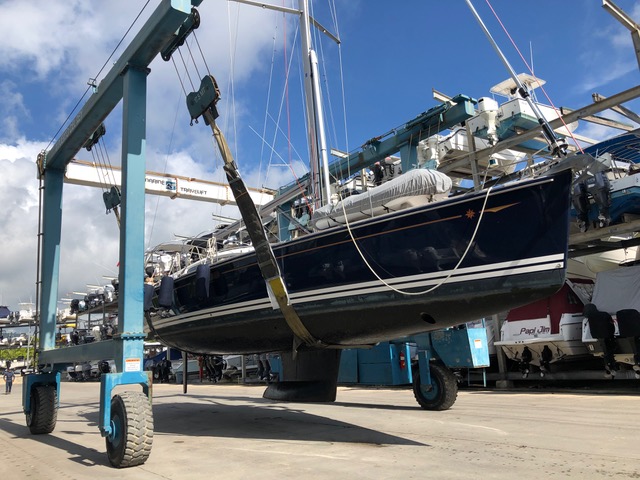 Hauling out for storm season.

TM Management’s approach to yacht management is simple. Your yacht is unique and we realize you have the best understanding of the type of care she requires. You are the expert when it comes to your boat. Vern’s mission as yacht manager is to communicate clearly and regularly, to provide a reliable checklist and/or maintenance schedule in order to avoid surprises, to be available when you are on island to review projects, assist with lines, etc.

And, if you want him to listen to your Salty Sea Stories, he’ll do that too… 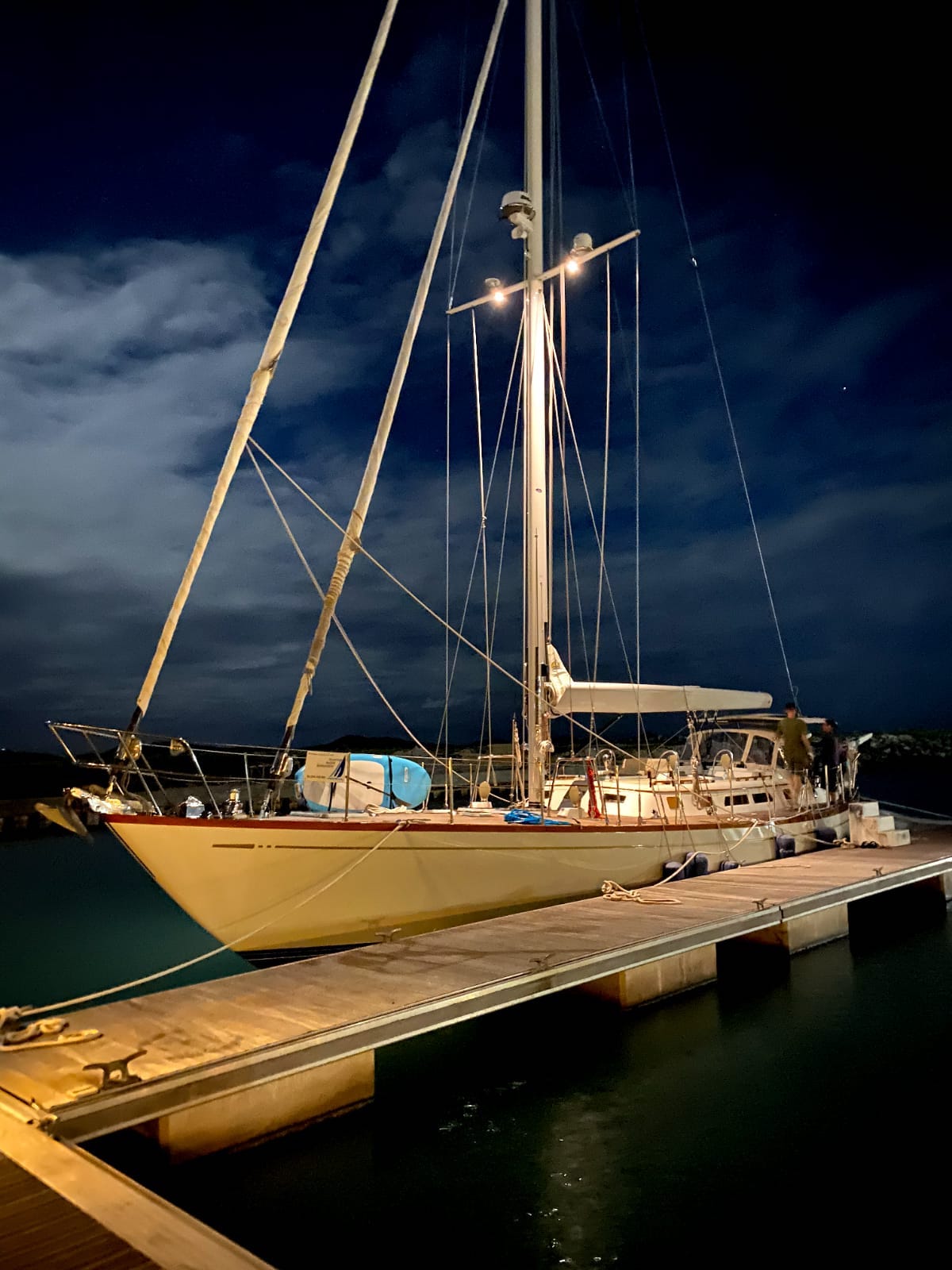 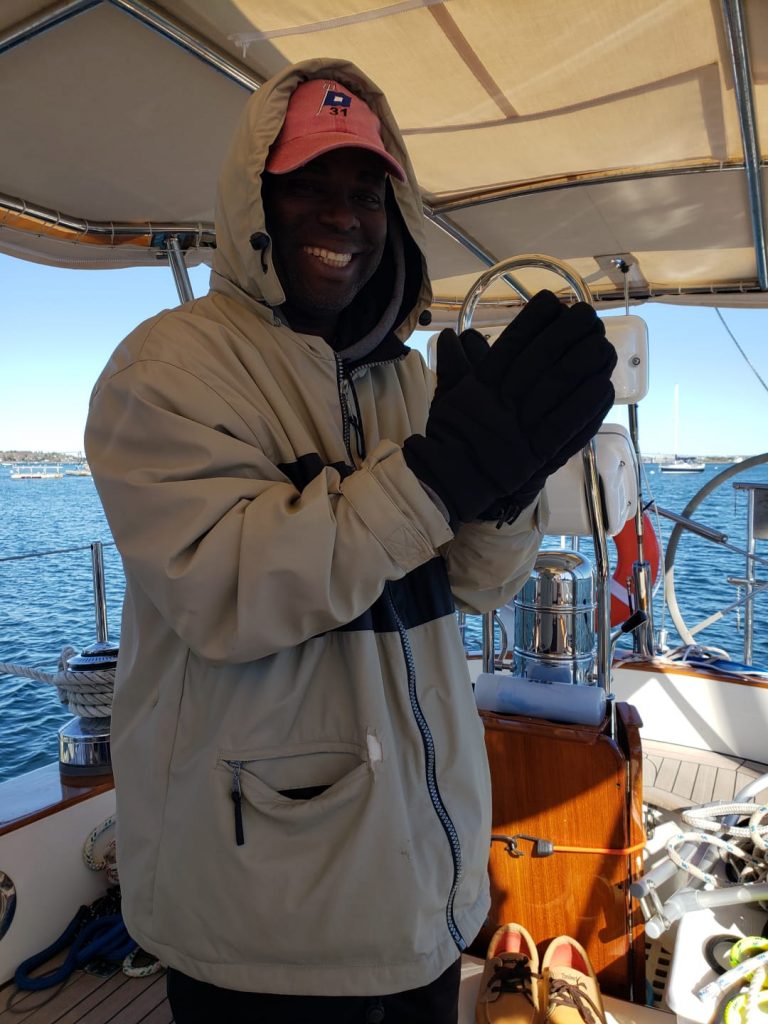 I began my yacht services career in 2000 when I joined Marine Management Services, owned by Chuck and Barbara Hunter. Chuck and Barbara were icons of the BVI marine services industry for many years, and as part of their team I learned all facets of yacht maintenance, repair, and management. I have also captained or crewed for clients and/or their families both in BVI waters and down island. My favorite sailing memories were created on open water sails, including from Fort Lauderdale to the BVI via the Dominican Republic, from Jamestown, Rhode Island, to the BVI via Bermuda, and on a number of deliveries from Bermuda to the BVI. Despite the sometimes less than ideal conditions, I loved every minute. Sound familiar? 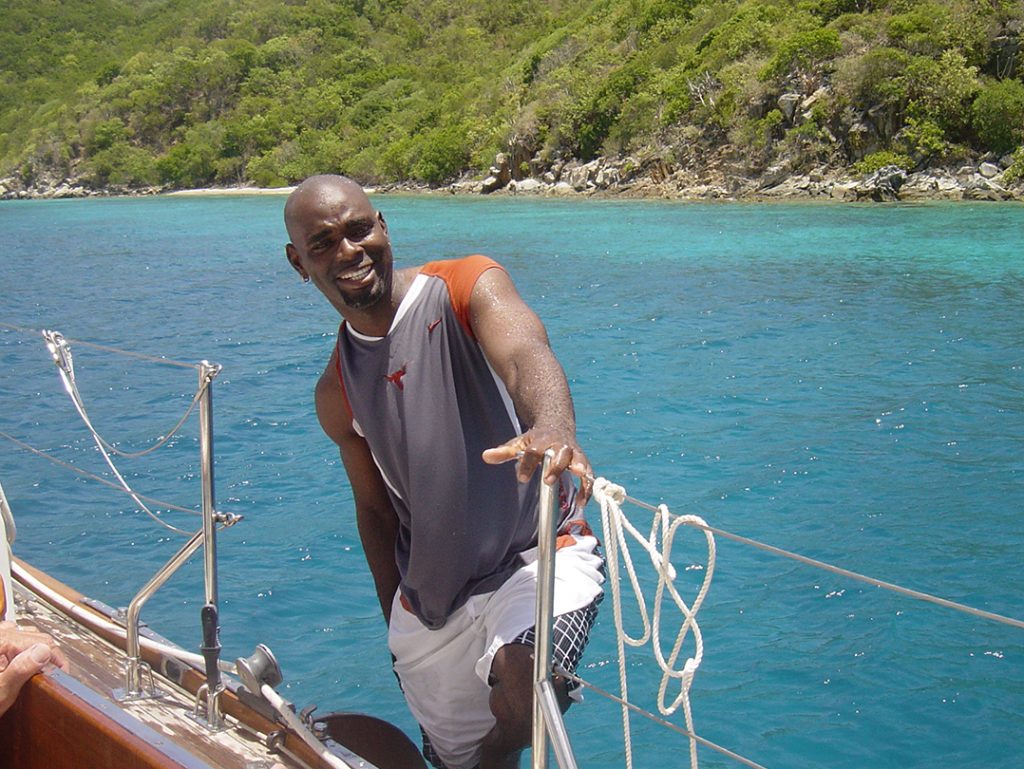 “My sailing experience started when I was a young boy growing up in Jost Van Dyke. At the age of 15, on a Saturday afternoon in 1991, I sat watching Foxy making three small sail boats out of wood, sticks, and pieces of bed sheet. Once each boat was assembled, Foxy would put the boat in the water and ask me to swim behind it so it didn’t tip over. That’s the first time I heard the word “tack.” Foxy shouted out, “Vern, tack the sails!” I was like, “What?!?” Then Foxy swam out to me and the boat and showed me what tacking meant. 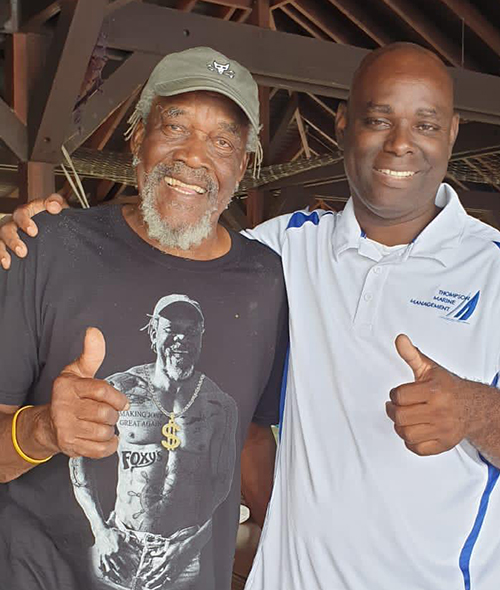 Foxy’s Annual Wooden Boat Regatta was coming up and Foxy told me he had some friends from St. John with a wooden boat and had asked them if I could go sailing with them. I was so excited but I told Foxy he would have to ask my Mom first, so Foxy asked my Mom and she said Yes. Soon it was the Thursday afternoon Regatta Captain’s Meeting. Foxy said, “Vern, I have some friends that I want you to meet and you will be on their boat for the three days of the regatta.” Foxy walked me over to their table and introduced me to Captain Ted, Katy, and Michael Beans. At the time I really did not know who Michael Beans was, so I asked Foxy. Foxy replied, “You have three days and you will get to know him.” 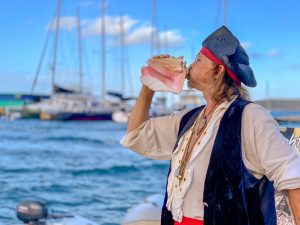 On Friday, the first day of the race, there wasn’t much wind so we did a couple short races. There were about six boats in our class. On Saturday there was a little bit more wind so we raced around Sandy Cay and back to JVD. That day we came in third place. On Sunday the wind was on the light side so Foxy had us race around Great Thatch and back to JVD. It was a nice sail to Great Thatch, but on the way back to JVD a passing squall came pouring down rain. That day the only thing I can remember is Michael saying, “Teddy, get Vern a blanket, he’s shivering.” Michael called Foxy on the VHF and told him that we were going to start our engine to make it back to Great Harbour. Foxy said, “No problem ‘cause the race is over and you’re the last boat out there.”

That was my first sailing experience. I raced with Ted, Katy, and Michael on Esperanza in four more Foxy Wooden Boat Regattas. In subsequent years I crewed for various captains in at least six annual BVI Spring Regattas.

Vern Thompson took care of my Mason 43, Autumn Passage, from 2002 until we sold it in 2010 in order to purchase a newer Mason 54.  I cannot think of any other person or management company that I would entrust with the care of my boat.  Vern’s knowledge and expertise is only overshadowed by his incredible character.

Vern Thompson has cared for S/V Grace in a prompt efficient manner. Communicates very well and follows through!

I’ve known Vern for over a decade, during which he managed and maintained our 50’ sailboat “Recess” until she was destroyed by Hurricane Irma. Since then, Vern has been an able hand and local advisor with our new vessel, the 83’ monohull “Mustang,” while she was in the BVI. Vern’s commitment and dedication are exemplary, as are his relationships in the BVI. He has also helped with deliveries, passages and even raced with us during the BVI Spring Regatta, where his local knowledge of the waters was a big help. We’ve enjoyed our friendship and getting to know his lovely wife, Candia, and his son, Brandon. Vern is trustworthy, knowledgeable and diligent; and I highly recommend his services.

During hurricane Irma (Category 5) our Mason 54 was heavily damaged on Tortola in the BVI. We shipped her by freighter from the BVI to Jamestown Boat Yard in R.I. for a substantial refit. Vern Thompson flew up to help us crew her back to the BVI where she has been exclusively under his care.

Vern Thompson is an exceptional person that we trust totally with the maintenance and care of our boat. We highly recommend him to any yacht owner anywhere.

Give us a call, email, or find us on WhatsApp to talk about your yacht maintenance needs today!